Great Enlightenment is the daily activity of the Buddhas and Patriarchs, but they never think about it. Their enlightenment controls time, includes time, and is controlled by time. This is the purpose of Great Enlightenment. Ordinary people cannot grasp this point because they are attached to many things, but Buddhas can open the gate to enlightenment with the key of complete freedom.

However, human beings have many different ways of realizing enlightenment. Some realize the meaning of life from birth and are detached in every stage of their life—beginning, middle, and end. Others achieve detachment by mastering the true meaning of study—that is, “self-study,” the study of one's own skin, flesh, bones, and marrow. Some others learn as a Buddha; they do not possess understanding from birth or from self-study but gain it by transcending the world of opposites. Still others gain self-knowledge without resorting to masters, sutras or other means; their true nature manifests itself. Different types of people have different means of realization, and everyone possesses the ability to understand true function and meaning of their own nature.

If everyone possesses the innate ability to have true knowledge of themselves then we can say that they are already enlightened, have received the seal of enlightenment, and practice the Buddhist Way. Therefore, when Buddhas and Patriarchs are enlightened they are simply returning to their original home: the original Buddha-nature.

To become a Buddha is to have the enlightenment of Buddha: dynamic, living enlightenment. This enlightenment exists innately; it is the original enlightenment that covers the three worlds, the hundred grasses, the four elements, the Buddhas and Patriarchs, koans. It is constantly growing and manifesting itself. So we can see that right now is the time for our own Great Enlightenment.

Great Master Rinzai said: “In the great Tang Dynasty you could not find any unenlightened people no matter how hard you tried.” Since Rinzai transmitted the true Buddhist Way there is no reason to doubt his statement. If we examine his saying closely we will see that “Tang Dynasty” does not refer to any particular era or place. It is the country of our own body and mind, so do not think that enlightenment is found in just one place. That is why he said it was so difficult to find an unenlightened person in Tang Dynasty. He meant that our real self, both in the past and present, is the enlightened self.

“Throughout history all the woodcutters in the mountains and fishermen in the seas have had enlightenment.” If students study Rinzai's words they will not be wasting their time. However, we should also study the teachings of other Patriarchs. Let us question Rinzai: “If you only think that it is difficult to find unenlightened people, that is not good enough. You should also realize that it is just as difficult to find enlightened people. In addition, you should know that there are half-enlightened people with wonderful and bright appearances. You have never seen such a person, have you?”

Even though it may be true that it was difficult to find unenlightened people in the Tang Dynasty do not make it the standard of your study. Rather, seek to find several great dynasties within just one half-enlightened person. Is this easy or difficult to understand? If you are able to comprehend this point you can be said to be a Buddha or Patriarch with real practice.

Gyozan replied, “Enlightenment exists but it is easy to misunderstand.”

The monk returned to Meiu and reported Gyozan's answer. “What a wonderful answer! Only a very great Zen master could give such an answer.” Meiu praised Gyozan highly. “People living nowaways” is the eternal present. Thousands of years exist in the present and our life, in the present, is the focal point of our study. Understanding must be attained through the body and mind and not based on others' interpretation. We must reflect upon the fact that all things are contained in our original self. We must search for this principle with a clear mind.

Recently in the Sung Dynasty there were monks who did not shave their heads and did not understand Buddhism even though they studied it for many years. They were constantly striving to become a Buddha and continually waiting for enlightenment, which for them, was the basic purpose of Buddhism. What vulgar people they were! They never touched real Buddhist teaching so they thought enlightenment came as a result of their zazen. Trying to gain enlightenment they lost the chance to meet a real Zen master—they were lazy and slothful, wasted time, and misunderstood Buddhism.

“You must be completely detached from the notion of Great Enlightenment and never seek or crave it.”

“All the Buddhas have learned through Great Enlightenment to actualize the true meaning of enlightenment in everyday life.”

There are more than a few hints of where to look, how to gently proceed without grasping too firmly. Akin to holding a rose with thorns, lightly, gently we grasp and have the rose in our hands. Too much pressure and we are injured; too little and it falls from our grasp.

“Different types of people have different means of realization, and everyone possesses the ability to understand true function and meaning of their own nature.”

This accounts for all the various teachings, some even which seem to contradict prior teachings. Everyone has a different pathway into understanding. Sometimes it seems more helpful to be aware of the pitfalls in practice and leave whatever “progress” happens to itself. Even Socrates had a very clear version, “I know only one thing, that I know nothing.”

Once again we are inspired, we continue to sit in the lap of the universe and become comfortable over time with nothing to hold onto. 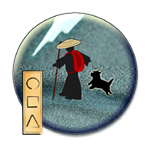