The Threefold Question in Zen

The question, “What is Zen?” is at once easy and difficult to answer. It is easy because there is nothing that is not Zen. I lift my finger thus, and there is Zen. I sit in silence all day uttering no words, and there too is Zen.

The question is asked simply because you did not know that you had Zen in you, with you, and around you; and therefore it is easy to answer.

But from another point of view the very fact that it is easy to answer makes it extremely difficult to give a satisfactory answer to the question, “What is Zen?” For when you already have a thing, and have it all the time, and yet do not know it, it is hard to convince you of the fact.

To have a thing and yet not to know it is the same as not to have it from the beginning. Where there is no experience, there is no firsthand knowledge

All you know is about it and not it itself. To make you realize that you have the very thing you are seeking, it will be necessary to get that thing detached from you so that you can see it before your eyes and even grasp it with your hands. But this is most difficult, for the thing which is always with you can by no means be taken away from you for inspection.

It is just like our not seeing our own eyes. We have to get a mirror to do that. But this is not really seeing the eye as it is, as it functions. What the eye sees in the mirror is its reflection, and not itself. According to Eckhart, “The eye with which I see God is the same with which God sees me.” In this case, we must get God in order to see ourselves. This is where the difficulty lies. How do we get God?

But this much I think we can say, that Zen is a kind of self-consciousness. I see a table before me. I know that I am the one who sees it, and I am fully conscious of myself experiencing the event. But Zen is not here yet, something more must be added to it, or must be discovered in it, in order to make this event of seeing really Zen. The question is now: what is this something?

It is in all likelihood that which turns my eye inside out and sees itself, not as a reflection, but as a kind of super-self which is hidden behind the moral and psychological self. I call this discovery spiritual self-consciousness. It unfolds itself from the depths of consciousness. No hammering at the door from outside will open it—it opens by itself from within.

In spite of this fact, we must do some hammering from outside, although this may be of no avail as the direct and efficient cause of opening. Yet it must be somehow carried on, for without it there will be no opening. Perhaps the door remains wide open all the time, open to welcome us in, and it is we who hesitate before it; someone is needed to push us in.

The entering may not be due to the pushing, but when one sees somebody halting before the door, one feels like pushing him in.

Excerpted from The Awakening of Zen -Daisetz T. Suzuki

Your unborn mind is the Buddha-mind itself, and it is unconcerned with either birth or death. As evidence that it is, when you look at things, you're able to see and distinguish them all at once. And as you are doing that, if a bird sings or a bell tolls, or other noises or sounds occur, you hear and recognize each of them too, even though you haven't given rise to a single thought to do so.

Everything in your life, from morning until night, proceeds in this same way, without your having to depend upon thought or reflection. But most people are unaware of that; they think everything is a result of their deliberation and discrimination. That's a great mistake.

The mind of the Buddhas and the minds of ordinary people are not two different minds. Those who strive earnestly in their practice because they want to attain satori, or to discover their self-mind, are likewise greatly mistaken.

Everyone who recites the Heart Sutra knows that “the mind is unborn and undying.” But they haven't sounded the source of the Unborn. They still have the idea that they can find their way to the unborn mind and attain Buddhahood by using reason and discrimination. As soon as the notion to seek Buddhahood or to attain the Way enters your mind, you've gone astray from the Unborn—gone against what is unborn in you.

Anyone who tries to become enlightened thereby falls out of the Buddha-mind and into secondary matters. You are Buddhas to begin with. There's no way for you to become Buddhas now for the first time.

Within this original mind, there isn't even a trace of illusion. Nothing, I can assure you, ever arises from within it. When you clench your fists and run about, for example—that's the Unborn.

If you harbor the least notion to become better than you are or the slightest inclination to seek something, you turn your back on the Unborn. There's neither joy nor anger in the mind you were born with—only the Buddha-mind—with its marvelous illuminative wisdom that enlightens all things. Firmly believing in this and being free of all attachment whatsoever…that is known as the “believing mind.”

Excerpted from The Unborn – The Life and Teachings of Zen Master Bankei translated by Normal Waddell 1984.

These two selections seem to stretch the boundaries a bit. They almost seem to contradict each other, but such is the flavor of different teachers. In reality they are talking about the same phenomenon, something so natural to who we are and how we function when we don't complicate things, it is easy to overlook it. And in fact is a challenge for us.

Both these men reveal the utter simplicity of Zen, or the Unborn as Bankei refers to it, and both of them also acknowledge the difficulties in truly seeing, barriers we mostly put up for ourselves.

Partly because of all the old enlightenment stories of the past and the puzzling out how a koan functions, we ascribe something miraculous, beyond ordinary mind to this process of awakening. But mostly it seems we tend to use the incorrect faculty to try to understand “all this,” and it seems our very efforts seem to push the whole process further away.

Perhaps it comes down to relaxing our grip a bit; when we squint to see something in the distance or periphery, our vision narrows. Maybe we should soften our vision, trust in the Way, and discover a relaxed mind to work from. Not to give up our efforts all together in discouragement, but to go forward into the darkness gently feeling our way through.

Question: What happens when you become a Buddha? Where do you go?

Bankei: When you become a Buddha there isn't any place to go. You're already everywhere else. There's nothing set up to be enlightened about.

There is no commenting on koans, no depending on what some Buddha or patriarch has said. There is only “direct pointing.” Since there is nothing to grasp, people can't come to terms with it easily.

Walking side by side, 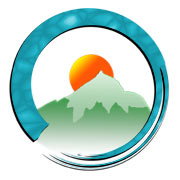