Secrets on Cultivating the Mind

If you want to become a Buddha, understand that Buddha is the mind. How can you search for the mind in the far distance? It is not outside the body. The physical body is a phantom, for it is subject to birth and death; the true mind is like space, for it neither ends nor changes. Therefore it is said, “These hundred bones will crumble and return to fire and wind. But One Thing is eternally numinous and covers heaven and earth.”

If they aspire to the path of Buddhahood while obstinately holding to their feeling that the Buddha is outside the mind or the dharma is outside their nature, then, even though they pass through kalpas as numerous as dust motes, burning their bodies, charring their arms, crushing their bones and exposing their marrow, or writing sutras with their own blood, never lying down to sleep, eating only one offering a day at the hour of the Hare, or even studying the entire tripitaka and cultivating all sorts of ascetic practices, it is like trying to make rice by boiling sand—it will only add to their tribulation.

If they would only understand their own minds, then, without searching, approaches to dharma as numerous as the sands of the Ganges and uncountable sublime meanings would all be understood.

As the World Honored One said, “I see that all sentient beings everywhere are endowed with a tathagata's wisdom and virtue.” He also said, “All the illusory guises in which sentient beings appear take shape in the sublime mind of the tathagata's complete enlightenment.”

I hope that you who cultivate the path will never search ouside. The nature of the mind is unstained; it is originally whole and complete in itself. If you will only leave behind false conditioning, you will be “such” like the Buddha.

Question: If you say that the Buddha-nature exists in the body right now, then, since it is in the body, it is not separate from us ordinary people. So why can we not see this Buddha-nature now? Please explain this further to enlighten us on this point.

Chinul: It is in your body, but you do not see it. Ultimately, what is that thing which during the twelve periods of the day knows hunger and thirst, cold and heat, anger and joy? This physical body is a synthesis of four conditions: earth, water, fire and wind. Since matter is passive and insentient, how can it see, hear, sense, and know? That which is able to see, hear, sense, and know is perforce your Buddha-nature.

For this reason, Lin-chi said, “The four great elements do not know how to expound the dharma or listen to the dharma. It is only that formless thing before your eyes, clear and bright of itself, which knows how to expound dharma or listen to dharma.” This formless thing is the dharma-seal of all the Buddhas; it is your original mind. Since this Buddha-nature exists in your body right now, why do you vainly search for it outside?

In case you cannot accept this, I will mention some of the events surrounding a few of the ancient saints' entrance onto the path. These should allow you to resolve your doubts. Listen carefully and try to believe.

Once long again, a king who believed in a heterodox doctrine asked the Venerable Bharati:

“What is the Buddha?”

The venenerable answered, “Seeing the nature is the Buddha.”

The king asked, “Has the master seen the nature yet, or not?”

The venerable answered, “Yes, I have seen the Buddha-nature.”

“Where is the Buddha-nature?”

“This nature is present during the performance of actions.”

“During the performance of action? I can't see it now.”

“It appears in this persent performance of action; your majesty just doesn't see it.”

“If your majesty performs actions, there are none in which it is not present. If your majesty were not acting, its essence would be very difficult to see”

“But when one acts, at how many places does it appear?”

“It appears in eight different places.”

“Would you describe these eight places?”

As the king listened, his mind opened into awakening.

In another case, a monk asked the master Kuei-tsung:

“What is the Buddha?”

The master answered, “I will tell you, but I'm afraid you won't believe me.”

“How could I dare not believe the sincere words of the master?”

“If there is one eyelash in your eye, flowers in the sky will fall everywhere.”

The monk heard this and understood.

These stories I have just told about the saints of old entering the path are clear and simple; they do not strain the powers of comprehension. If you gain some faith and understanding from these two kongan, you will walk hand in hand with the saints of old.

Kuei-feng, in a profound explanation of the meaning of initial awakening/ subsequent cultivation said,

“When that pond has melted, the water flows freely and can be used for irrigation and cleaning. When falsity is extinguished, the mind will be numinous and dynamic and then its functions of penetrating brightness will manifest.”

Nowadays, deluded and ignorant people wrongly assume that in the one moment of awakening, incalculable sublime functions, as well as magic and miracles, manifest in tandem. This is the sort of understanding I was referring to when I said that you did not know the proper sequence of practice and did not distinguish the root from the branches.

To seek the path of Buddhahood while not knowing the proper sequence of practice or the root and the branches is like trying to put a square peg into a round hole. Can this be anything but a grave mistake?

Because such people do not know of any expedients, they hesitate as if they were facing a steep precipice and end up backsliding. Alas, many have broken their ties with the spiritual family of the Buddha in this manner. Since they neither understand for themselves nor believe that others have had an understanding-awakening, when they see someone without spiritual powers they act insolently, ridiculing the sages and insuling the saints. This is really quite pitiful!

Chinul was the founder of Korean Zen, and the piece above is a perfect introduction into his approach of sudden realization/gradual cultivation. Spiritual practice is full of paradox; to be able to hold such disparate ideas “together” is one challenge of training.

As with all practices there are ways to avoid the traps we set for ourselves and then there are the activities involved when we stumble into our attachments, seeing ourselves once again and how ready we are to attach to yet another point of view.

It takes strength to continue; perhaps we did have that one astounding insight 30 or 40 years ago and realized it would take a lifetime to grow into that glimpse of reality. But, mostly it seems to be made up of “not this, not that.”

Where does that leave us? Practice is just what we do here, plain and simple. It will never be something we are done once and for all with, to stand at some imaginery precipice of enlightenment and savor the moment at last.

And always, there is time each day to turn the light of awareness back inward and to rest in the lap of the universe once again.

To walk a balance way together, 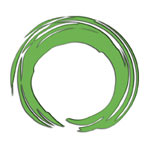