Someone asked: “The Buddhas and patriarchs use so many methods and means in their teachings, how can there be nothing outside of 'seeing into your own nature is Buddhahood?' Please elaborate on this.”

Bassui responded: “I became a monk in my later years, never learning the sutras. You tell me what dharma there is other than 'seeing into your own Buddhahood.'”

Questioner: “According to the sutras, the World Honored One attained Buddhahood after mastering the Six Perfections. How can this be called 'seeing onto your own nature?'”

The master replied, “What are the Six Perfections?”

The questioner said: “They are giving (dana), keeping the precepts (sila), patience (ksanti), effort (virya), meditation (dhyana), and wisdom (prajna). Giving one's possessions to all without discrimination is called dana. Keeping all the precepts strictly without exception is called sila. Treating animosity and kindness impartially, not getting angry when slandered or beaten, is called ksanti.

“To move forward in the performance of good deeds without a break in one's journey and to carry out one's vow to completion is called virya. Sitting meditation is called dhyana. It means sitting in the correct posture in a quiet place and stilling the mind. To learn the sutras and teach extensively and understand completely the important aims of the dharma without any hindrance is called prajna.”

Bassui responded: “All of these bring you fortune for which you can secure a life in the world of humans and heavenly creatures. Performance of these acts is commendable when compared to the acts of ignorant people—minds that covet, harm others, are immersed in hatred, are lazy, lack faith, are unstable in thought and action and ignorant of the Way—who fall into the three realms of confusion. But one cannot expect to obtain Buddhahood from them.

“The Six Perfections which the Buddha practiced are the right dharma of seeing one's Buddha nature. The true light of one's original nature lights up ten thousand precious qualities and distributes this light equally in all directions to people in accord with their needs. This is called dana.

“Buddha nature is pure from the beginning, the master of the six sense organs, yet not stained by the six pollutants. The mind and body of one who realizes this will naturally be in harmony. He will not go out of his way to take the appearance of one keeping the precepts, nor will he generate any evil thoughts. This is called sila.

“Since the constancy of Buddha nature doesn't make any formal distinction between self and other, one in harmony with this will neither be angered when chastised nor rejoice when revered. This is called ksanti.

“Buddha nature is originally possessed of considerable benefit; it brings all merit to its completion, developing myriads of dharmas. It passes on into the future, having no limits. This is called virya.

“Buddha nature is unchanging, detached from all phenomena, goes beyond sects, forsakes rules, doesn't distinguish between saints and ordinary people, and is not confined by words nor colored by values of good and bad. This is called dhyana.

“Buddha nature is clear in itself, lighting up ten thousand human qualities, is the eyes of saints and ordinary people alike, lighting up the world like the sun and moon. It is the light which sweeps across the past and present—the boundless truth of pure light. This is called prajna.

“The wonder of this true nature of ours is limitless. It is like the great ocean with its waves large and small. The six wondrous functions contained in one attribute of this original nature are called the Six Perfections of the Buddha. Hence one of the old masters said: 'As soon as you understand the Tathagata's Zen, the ten thousand deeds of the Six Perfections fill your body with tranquility.'”

Questioner: “If one who sees into his inherent nature immediately attains Buddhahood, would he possess the six supernatural powers enjoyed by Buddhas?”

Questioner: “Seeing into one's inherent nature is one of the six supernatural powers. How can you say it is all six?”

Bassui: “Buddha nature is from the outset master of the six sense organs. To keep the master pure and not to be stained by the six dust-producing senses is called the supernatural powers of the Buddha.”

Bassui: “Why should this limitless wonder of our inherent nature be nothing more than the six supernatural powers? This infinite light shines of its own accord and watches over all. It is nothingness; it is a wonder. It is silent, it illumines. Thought forms can be seen, one is not deluded by them. This is clairvoyance.

“Buddha nature is pure and unstained. When sounds are heard through the ears, the echo of vibrations is clearly discerned, and yet there is no dependence or discriminating thoughts. This is called clairaudience.

“When you clearly understand the nature of your own mind, you will realize the oneness of the minds of the Buddhas of the three worlds, the patriarchs, and ordinary people of this world, and various heavenly beings of other worlds. This is the power of mind reading.

“From the moment you realize your inherent nature, your mind will penetrate through eons of emptiness that preceded creation through to the endless future. Clear and independent, it will not attach itself to the changing phenomena of life and death, past and future, but will remain constant without any obstructing doubts. This is the power of knowing past lives.

The questioner asked: “Theoretically what you say about the six supernatural powers may be so. But if they don't manifest themselves physically, wouldn't they be worthless?”

Bassui: “Buddha nature is originally equipped with many virtues. The Six Perfections become the practices which form the basis for man's perfection within the body. In what way are they worthless?”

“Wise men consider physical manifestations of supernatural powers a karmic hindrance; the ignorant, thinking them desirable, seek after them. It is difficult to measure the extent of the penetration of the power of meditation through ordinary thinking. As the sun shines everywhere in a cloudless sky, how can you place limits on the power derived from seeing into your own nature?

“The Buddhas, numerous as the sands of the Ganges, could not say enough about it. It can collect the great sea on the edge of a hair, place Mount Sumeru in a poppyseed, and fit thirty two thousand lion style thrones and eighty thousand monks in a ten foot square room. With one bowl of rice, offerings can be made to countless numbers of saints. Yet dharma is not anything unusual.

“The words of this ragged monk cannot describe this supernatural power properly. It's like a spinning wheel which moves faster than the speed of lightning. When its full function manifests itself, it cannot be seen even with the eyes of the Buddha. As its activity spreads to all, it destroys the power of evil demons, blows out the burning charcoal under boiling kettles and with a shout it smashes the tree of swords and mountain of blades to pieces.

“We are all originally in possession of this kind of supernatural power. If you want to understand it, just stop your activity and look within. You will begin to realize it when you penetrate your own nature. All are equipped with this original nature, and each one is perfect. This nature is the master of seeing, hearing, and understanding. It is called the Buddha of Great Penetration and Superior Wisdom.

“The immeasurable wondrous activity of the supernatural power is simply based on one's Buddha nature.”

In the tradition of a true Zen master, Bassui always assisted his questioners to return to the origin of inquiry itself, “Who is the one who sees, hears, and understands?” He sat in meditation many years with this question, and in true Zen fashion helped to cut away limited understanding and dogma students seem attached to.

A good Zen teacher is always pulling the rug out from under our feet. Just when we think we understand the Six Perfections and have dedicated our practice into focusing on one of them, he or she shakes the whole thing loose for us.

Where else have you heard the kind of depth in this description of the Six Perfections? This response is an excellent example of the many layers of comprehension.

Looked at from a beginner's sense of understanding, the questioner's explanation of the Six Perfections seems to be right on. Many times we have admired the beauty of the Six Perfections and recognized them as excellent guidelines to practice. But here Bassui takes us much further, opening the window of thought onto a grander landscape of the Way. Also adding a bit of a reminder to us:

“The mind and body of one who realizes this will naturally be in harmony. He will not go out of his way to take the appearance of one keeping the precepts…”

In addressing the question about the six supernatural powers, another side path of distraction many become entranced with, Bassui brings the questioner back to the more foundational point of view. Ultimately, powers or siddhis, are just more phenomena we have to eventually detach from. And here to Bassui takes a more Olympian view…

“You will begin to realize it when you penetrate your own nature. All are equipped with this original nature, and each one is perfect.”

Simplicity itself with nothing to distract us.

Yours along the Way, 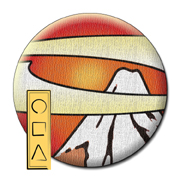