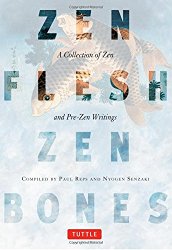 When Zen Flesh, Zen Bones was published in 1957 it became an instant sensation with an entire generation of readers who were just beginning to experiment with Zen. Over the years it has inspired leading American Zen teachers, students, and practitioners. Its popularity is as strong today as ever.

Zen Flesh, Zen Bones is a book that offers a collection of accessible, primary Zen sources so that readers can struggle over the meaning of Zen for themselves. It includes 101 Zen Stories, a collection of tales that recount actual experiences of Chinese and Japanese Zen teachers over a period of more than five centuries; The Gateless Gate, the famous thirteenth century collection of Zen koans; Ten Bulls, a twelfth century commentary on the stages of awareness leading to enlightenment; and Centering, a 4,000 year-old teaching from India that some consider to be the roots of Zen 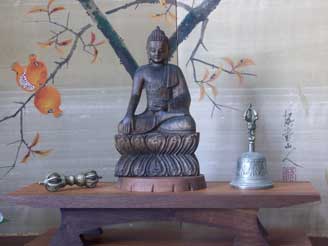 This unique, one of its kind altar table blends walnut and birch offering a warm, inviting presence into your space. It is 19 1/4" long, 7" wide, and 3 1/2" high. This is the only one of its kind and is sure to bring a special richness of color into your h...