Combining travelogue, translations, history, and personal stories, this intimate and fast-paced tour of modern China celebrates inspirational landscapes and presents translations of classical poems, many of which have never before been translated into English.

Porter is a former radio commentator based in Hong Kong who specialized in travelogues. As such, he is an entertaining storyteller who is deeply knowledgeable about Chinese culture, both ancient and modern, who brings readers into the journey—from standing at the edge of the trash pit that used to be Tu Mu's grave to sitting in Han Shan's cave where the Buddhist hermit “Butterfly Woman” serves him tea.

Illustrated with over one hundred photographs and two hundred poems, Finding Them Gone combines the love of travel with an irrepressible exuberance for poetry. As Porter writes: “The graves of the poets I'd been visiting were so different. Some were simple, some palatial, some had been plowed under by farmers, and others had been reduced to trash pits. Their poems, though, had survived… Poetry is transcendent. We carry it in our hearts and find it there when we have forgotten everything else.” 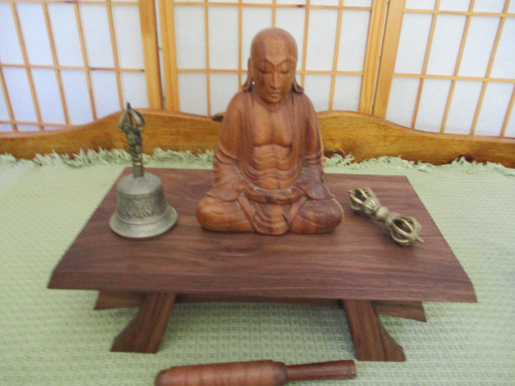 16" long x 9 1/2" wide x 4 1/4" high Elegant, richly colored walnut makes quite an impression.  With attention to detail, this Torei table sets your space apart. The tables from Daily Zen Woodcraft are hand-finished with a simple blend ...