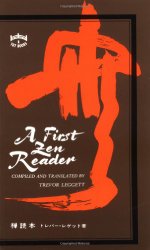 When Zen Buddhism crossed from China to Japan in the twelfth century, it entered a phase of development that was not only to inspire a magnificent range of artistic achievement but also to exert a tremendous influence upon Japanese life itself and, eventually, to bring to the attention of the West a religious philosophy both unique and challenging in its power. ‘Yet’, as one of the contributors to this book (first published in 1960) expresses it, ‘if asked what Zen is, to reply is very difficult.’

It is the purpose of this anthology to suggest an approach to such a reply. The texts here translated will give a general idea of Zen theory and practice, and are outstanding selections from the treasury of Zen literature. To these, the anthologist has added a valuable ‘Note on the Ways’, in which he points out how ‘the student keeps his Zen practice in touch with his daily life’. The exceptional interest of the text is further enhanced by twenty illustrative plates. 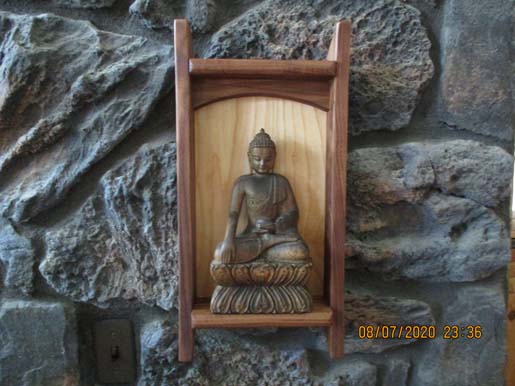 18" total height x 9" exterior width x 3 1/2" deep This Wall Grotto of walnut exterior and birch interior provides an elegant place for your special statues to reside and greets you at eye level when you enter the room....